Spread the love! Why not tell all your lesbian and bi female friends that we run Only Women just for them? This photograph is locked, you can request access to this profiles locked photographs below.

I just moved to Ohio last year from Texas. Yes, born and raised Texan, but I have lived at times from Alaska, Oregon, to Virginia and Florida. Since graduating from college with a BS in biology, I worked for five years as an inland fisheries biologist for the Texas Parks and Wildlife Depart., was in a successful sales career for 10+ years where I trained myself to be extrovert when need be, but am naturally an introvert which means I enjoy time to myself at times. I have always been very adventuresome. Moved to Alaska in eary 2000's for almost four years where I spent many days/nights, camping, fishing, and exploring the wilderness of that state. While in Alaska, I hosted a german foreign high school exchange student who was like a son. Since I had been married before and raised two daughters and also helped raise two grandsons, it helped me be a real dad to the german student. When I graduated from high school, I made a bucket-list of things I wanted to do which I have done, including getting my pilots license, traveled to Asia, but the only thing on my list left is to visit Australia. The last 20+ years I worked as a medical technologist (one who does all the lab testing in hospitals). After retiring, I wrote many articles on biblical themes and even a book. Yes, I like to write. Bottomline, is I have lived a full life and was envolved for 15 years in the gay community, but pulled back from that scene to focus on writing. Only thing left now, is to find a nice guy to share life my life. Never a dull moment when around me, except when I regress to my introvert mode for some alone time to think and write. 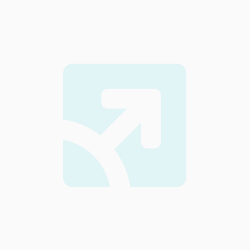